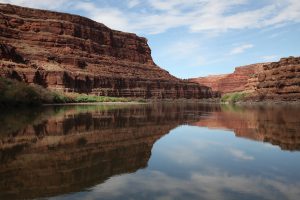 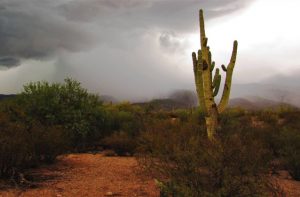 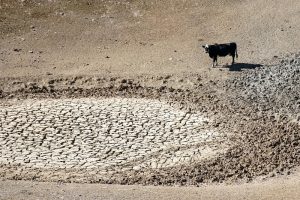 Willcox Playa, a large interior-draining grassland. 15,000 years ago the site of 140-square-mile Lake Cochise and now home to ephemeral ponds that support a thriving ecosystem.

Springs in the nearby Dragoon Mountains

An Abundance of Water

Dragoon is located approximately sixty miles east of Tucson,  close to Interstate 10 and about halfway between Benson and Willcox. While the area is sparsely populated today, it has a long and rich history of Native American settlement. Over 13,000 years ago, the Clovis people took advantage of the area’s numerous lakes--which are now dry lake beds--to hunt the large mammals attracted to the water sources. Lakes, streams, and springs continued to sustain mammals, birds, fish, reptiles, and humans.

Between 10,000 and 3,500 years ago, nomadic peoples migrated between water sources to gather plants that thrived along fertile creeks, hunt animals attracted to the water sources, and gather precious water as the area lakes slowly dried up. Indigenous people created permanent agricultural settlements between 3,000 and 4,000 years ago. To grow crops, communities diverted creeks with drainage and irrigation ditches and collected rainwater. Historical accounts from Apache, Hopi, O’odham, and Zuni peoples place ancestors in the area around present day Dragoon.

Today Dragoon is an unincorporated, census-designated community in Cochise County. The area hosts several tourist businesses including remote cabins, bed and breakfasts, and guest ranches. The Little Dragoon Mountains lie to the northwest of the area and the larger range of the Dragoon Mountains, dotted with springs and streams, is to the south. Abandoned cabins, mining camps and a few ghost towns can be found deep in the mountains. The Dragoon Mountains are designated as part of the Coronado National Forest.

This quiet part of Arizona may be best known for the Amerind Museum, which explores the histories and cultures of indigenous peoples in the Americas. From its founding in 1937 to 1985, the organization worked mostly on archaeological excavations, Native American historical research, and public and academic seminars. In 1985 the Amerind moved its large collection of artifacts into permanent displays and opened the museum to the public. The Amerind Museum emphasizes the importance of water in the borderland area of the southwestern United States and northwestern Mexico. Indigenous beliefs about water are intertwined with art, traditions, ceremonies, songs, and stories.

Sierra Vista’s Henry F. Hauser Museum maintains collections of letters and other paper records, maps, photographs and oral histories. The history of the Sierra Vista municipal government is a specialty, but the Museum also focuses on historic water use and regional ranching operations.