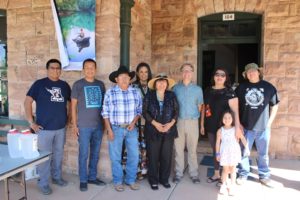 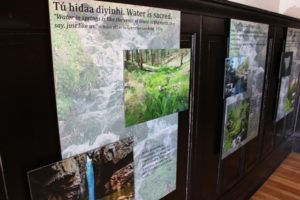 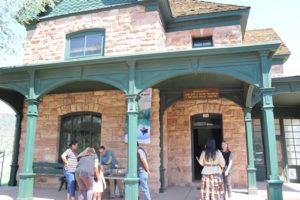 The Value of Water

The Fort Apache water story begins where the East and North forks of the White River meet. The White River is crucial to White Mountain Apache culture and spiritual life. This important waterway is a tributary of the Salt River, which supplies a large amount of Phoenix’s water. The White Mountain Apache Tribe has had a difficult relationship with the U.S. Bureau of Reclamation, the State of Arizona, and the City of Phoenix. All of these government entities had a history of violating the Tribe's water and land rights to support agriculture and a growing population in the Salt River Valley.

The origins of Fort Apache add to the tensions in this relationship. The fort, originally called Camp Apache, dates to the 1870s. It was intended as the jumping-off point for U.S. Army operations to subdue the Apache people. In the early 1920s, the U.S. Army made plans to abandon its military campaigns against Native Americans. As a result, Fort Apache was decommissioned in 1922.

As part of a different kind of effort to subdue Native Americans, the federal government converted the fort into the Theodore Roosevelt Indian School in 1923.  The school was like others in the Bureau of Indian Affairs boarding system, such as Phoenix Indian School.  Native American children were forcibly removed from their homes and sent to live at these schools. School personnel taught children how to read and write English and trained them for agricultural and industrial trades, while harshly repressing Native American language, dress, and other elements of culture. By the early 1990s, the federal government was dismantling the system and most schools, including the Phoenix Indian School, closed. At Fort Apache, portions of the original boarding school grounds continue as a middle school operated by the White Mountain Apache Tribal Council.

The White Mountain Apache Tribe has fought to regain control of its cultural and natural resources.  Since 2007, the Fort Apache and Theodore Roosevelt School National Historic Landmark has been owned and managed by the Tribe. The Fort Apache Heritage Foundation, chartered in 1998, assists the Tribal government in preserving history, culture, and language. The White Mountain Apache Tribe manages extensive wildlife and recreational assets, and recently negotiated a water rights settlement that will be among the topics highlighted when the Water/Ways exhibit comes to Fort Apache.

The Museum celebrates the resiliency of Apache heritage and culture by preserving oral histories and important objects and documents. In addition, it supports an artist-in-residence program and educates community members and the general public through exhibits and interactive tours.

The office is responsible for the protection and management of the Tribe's cultural resources. This includes springs and other natural water sources in addition to artifacts and buildings. The aim is to preserve not only the waterways, but the cultural understandings associated with them.

This program works to protect water as a resource and make sure clean water is accessible for the community. The program is planning a major water management project designed to provide an adequate supply for the growing Apache population. In addition, it is completing a water rights agreement with the U.S. government that will ensure Tribal access to water for a variety of needs.