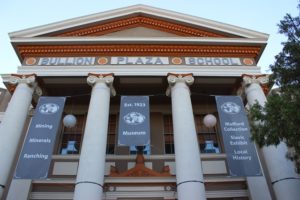 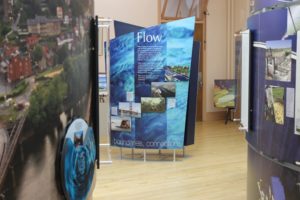 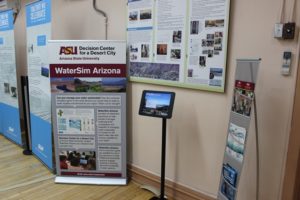 Where the Water Flows

Miami is located in east central Arizona, in the Cobre Valley of southern Gila County. It is closely tied with the nearby city of Globe. The "twin" municipalities share a newspaper, a chamber of commerce, and a common cultural identity. Although the mining operations that support the economy depend on large amounts of water, there are no rivers or lakes in the area. The Gila River flows about 30 miles to the south through Winkelman. The Salt River and Roosevelt Lake, a large reservoir created by Roosevelt Dam, lie north of the communities. Miami and Globe rely for their own water supply on deep wells that tap into groundwater from the Cutter Basin. The Tonto National Forest surrounds the area on three sides. U.S. Highway 60 connects the towns, which are about four miles apart.

This rugged area sits at about 3,500 feet elevation, near the base of the Pinal Mountains. Both towns got their start thanks to mining. Globe was founded in 1876 on the success of silver mines. The emphasis soon shifted to copper, which was more abundant. Mining in Globe ceased in the late 1920s, when the Old Dominion Mine flooded. Miami started as a mining camp near “Black Jack” Newman’s copper mine. It incorporated as a town in 1907. Mining in the Miami area continues today, with five active copper mines in operation. The largest is the Miami Mine, operated by Freeport-McMoRan. It began as an underground mine, and converted to an open pit after World War II. The mine produced 43 million pounds of copper in 2015 and 25 million in 2016. Mining operations are currently suspended because of  low prices, but other operations continue. The mine employed approximately 740 people in 2017. Most of them live in the Miami area.

Even though mining continues, the economy of the Miami-Globe area has diversified. As a result, both communities actively promote tourism. Miami's historic downtown houses antique stores and eateries that cater to visitors, as well as the Gila Historical Museum. Notable destinations in Globe include the Besh-Ba-Gowah Archeological Park and Museum (the site of ancient Salado ruins), an arts center, and the historic downtown.  The area serves as the launching point for excursions to Tonto National Monument, Roosevelt Lake, and Boyce Thompson Arboretum. Miami-Globe also borders the San Carlos Reservation. The Miami-Globe area and the San Carlos Apache Nation interact regularly and emphasize economic cooperation. The communities promote excursions into the San Carlos reservation, and the San Carlos Apache Tribe regularly sponsors events focused on Native American culture in Miami-Globe.

These volunteers are experts on the rich history of Gila County. In addition, they advise visitors on the recreational and cultural opportunities they can explore today. The Society partners with museums and humanities organizations all around the region.